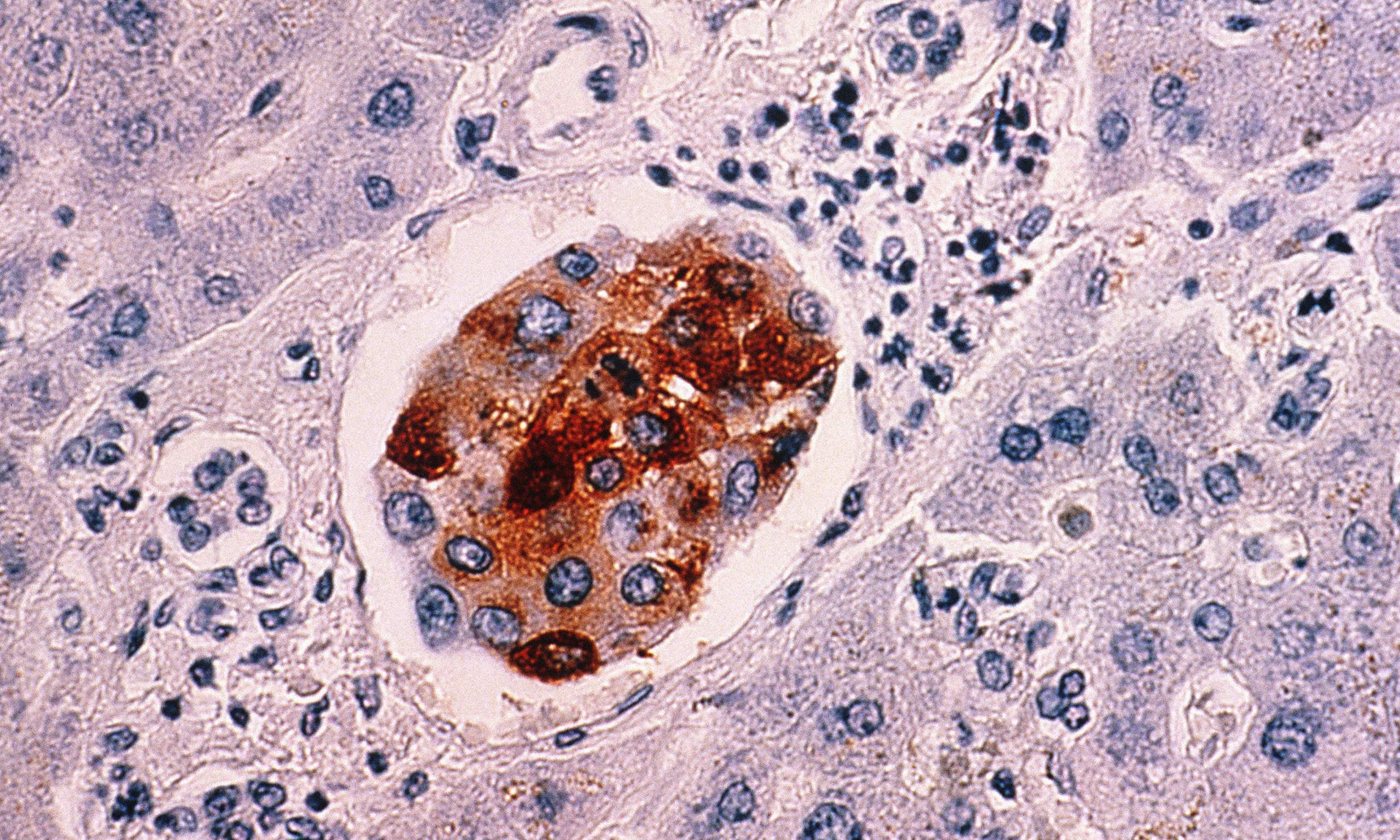 In 2015 the World Health Organization’s International Agency for Research on Cancer (IARC) declared that glyphosate is “probably carcinogenic to humans”. Claims that glyphosate herbicides (which contain mixtures of chemicals) do not cause cancer are based on government regulators’ interpretations of industry’s own, commercially confidential, studies on glyphosate alone. In contrast, studies on Roundup and glyphosate published by independent scientists suggest that they cause cancer in laboratory animals. An in vitro study (not performed in living animals or humans) found that glyphosate disrupts hormones and made breast cancer cells proliferate at a level far below that permitted in drinking water in the EU. Controlled laboratory studies in rats are widely considered to be a good indicator of possible human cancer-causing effects of a chemical.

In 2015 the World Health Organization’s International Agency for Research on Cancer (IARC) declared that glyphosate is “probably carcinogenic to humans”.1 In a statement, the IARC said it based its conclusion on “limited evidence of carcinogenicity in humans for non-Hodgkin lymphoma and lung cancer” and “convincing evidence” that glyphosate “can cause cancer in laboratory animals”.2

Monsanto disagreed with the IARC’s verdict, citing “conclusions reached by regulatory authorities” in various countries that glyphosate does not cause cancer.3 However, the studies on which these regulatory authorities based their verdicts were conducted or commissioned by pesticide companies in support of their applications for regulatory authorizations. The studies themselves are kept secret from the public and independent scientists and are based on old, outdated methodologies [see “Glyphosate and Roundup damage DNA”].

Low-dose effects cannot be predicted by effects at higher doses, such as are tested in regulatory tests performed on pesticides, including glyphosate. Regulatory tests do not require low doses to be tested for possible endocrine disrupting effects.8 Therefore the findings of the long-term cancer studies on rats discussed above5 should be re-evaluated in light of up-to-date scientific knowledge.

In the 1980s the US Environmental Protection Agency (EPA) became embroiled in a dispute with Monsanto over the interpretation of findings of an increased incidence of kidney tumours in mice exposed to glyphosate in the company’s own long-term study, conducted in support of regulatory authorisation for the chemical. Data supplied by Monsanto to support its position that the tumours were not related to glyphosate exposure was considered by the EPA to be “not… convincing”.9

On March 13th 2017, U.S. District Judge Vince Chhabria ruled — over Monsanto’s objections — that documents obtained by plaintiffs through discovery could be unsealed.

The documents released are a treasure trove of information on how Monsanto influenced the EPA to change the March 4, 1985 classification of glyphosate as a Class C Carcinogen – showing suggestive potential of carcinogenic potential – to a Class E category which suggests “evidence of non-carcinogenicity for humans” in 1991.

This change in glyphosate’s classification occurred during the same period that Monsanto was developing its first Roundup-Ready (glyphosate-resistant) GM Crops.

Shortly after WHO’s International Agency for Research on Cancer’s (IARC) report on glyphosate confirmed glyphosate probably causes cancer in March 2015, Sustainable Pulse discovered EPA documents from 1991 that showed how a Monsanto funded long-term glyphosate safety study on mice, which suggested carcinogenic potential according to the EPA experts, was ‘reviewed’ again until it mysteriously showed no carcinogenic potential.

The reason for the EPA review leading to the change in classification was unknown until this week. It is now clear however that the EPA was heavily influenced by Monsanto during the re-classification process.

Dr. George Levinskas, who joined Monsanto in 1971 and became Director of Environmental Assessment and Toxicology, was a lead player in the cover up of the cancer risk of the now banned PCBs in the 1970s.

The now deceased Dr. Levinskas has now been shown to have also been a lead player in hiding glyphosate’s carcinogenic potential. He wrote an internal company letter in 1985 stating the following: “Senior management at the EPA is reviewing a proposal to classify glyphosate as a class C “possible human carcinogen” because of kidney adenomas in male mice. Dr. Marvin Kuschner will review kidney sections and present his evaluation of them to the EPA in an effort to persuade the agency that the observed tumors are not related to glyphosate.”

Independent Studies Show Cause for Concern on Glyphosate

A laboratory study on Roundup by independent researchers in mice also revealed cancer-promoting effects. Roundup was found to promote cancerous tumour growth in the skin of the mice.10

A laboratory study in human cells with glyphosate alone showed that the chemical is an endocrine disruptor in vitro. Glyphosate was found to increase the proliferation of estrogen-dependent breast cancer cells by estrogenic mechanisms11 at a level far below that permitted in drinking water in the EU (see “Potentially dangerous levels of glyphosate found in GM soy”).

Unexpected tumour findings must be followed up

Studies in human populations have found an association between Roundup or glyphosate exposure and two types of blood cancer:

Strangely, the pesticide industry’s Glyphosate Facts website completely misrepresents one of the above studies on non-Hodgkin’s lymphoma. The website states:

“Another publication reported an association between non-Hodgkin’s lymphoma and glyphosate but this finding was not reproduced in a later study by the same group of researchers.”20

The first study cited (Hardell et al. 2002) did indeed find an increased risk of non-Hodgkin’s lymphoma for people exposed to glyphosate herbicides,17 just as the Glyphosate Facts site says. But quite contrary to the website’s second claim, the second study cited (Eriksson et al. 2008) actually confirmed the association between non-Hodgkin’s lymphoma and glyphosate herbicides found in the earlier study and added that the link “was considerably strengthened”.18

The authors of the Glyphosate Facts site appear to have misrepresented this study.

Data collected over 30 years at the Ramazzini Institute in Italy shows that the Sprague-Dawley strain of rat used at the Institute and in many toxicological studies worldwide is a good model for human cancer, provided the studies are well-designed.21 In other words, if a chemical causes cancer in this type of rat, there is a high likelihood that it will cause cancer in humans, too.

Bayer-Monsanto announced in 2020 that the company would make a total payment of $10.1 billion to $10.9 billion (€9.1 billion to €9.8 billion) to settle the non-Hodgkin’s Lymphoma Roundup litigation in the U.S.. Roundup is the most sold glyphosate-based herbicide in the world.

Bayer-Monsanto stated that they would make a payment of $8.8 billion to $9.6 billion to resolve the Roundup non-hodgkin lymphoma litigation, including an allowance expected to cover unresolved claims, and $1.25 billion to support a separate class agreement to address potential future litigation. The Roundup class agreement was subject to approval by Judge Vince Chhabria of the U.S. District Court for the Northern District of California.

The resolutions were approved unanimously by Bayer’s Board of Management and Supervisory Board with input from its Special Litigation Committee.

In August 2018 Bayer-Monsanto lost a landmark cancer trial in San Francisco and was ordered by the Judge to pay over USD 289 Million in total damages to the former school groundskeeper Dewayne Johnson, a California father who has non-Hodgkin’s lymphoma, which was caused by Monsanto’s glyphosate-based weedkiller Roundup. The case opened the floodgates and enabled thousands of other cancer sufferers to sue the company across the U.S..

Johnson’s attorneys said he was diagnosed with non-Hodgkins Lymphoma after spraying the glyphosate-based Roundup weed killer for two and a half years.

Monsanto is responsible for Dewayne “Lee” Johnson’s illness, suffering and reduced life expectancy because of the cancer-causing nature of its product, glyphosate-based weedkiller Roundup, the San Francisco Superior Court jury determined. The jury deliberated for three days after a four-week trial.