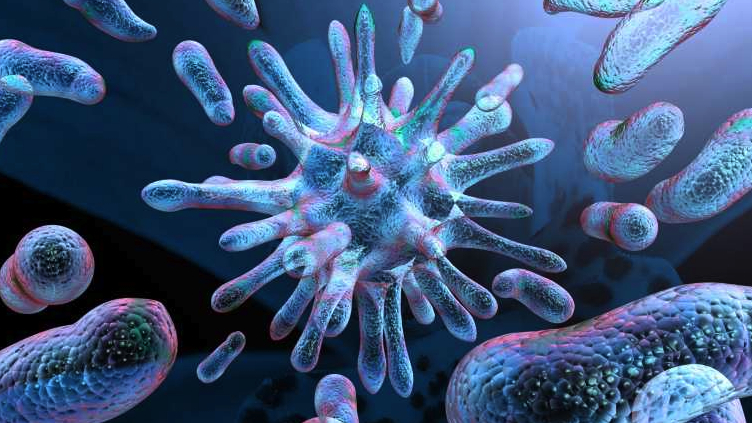 Studies show that glyphosate and Roundup negatively affect friendly gut bacteria and favour the growth of harmful bacteria. This raises the question as to whether glyphosate and Roundup’s negative impacts on gut bacteria could contribute to findings of other toxic effects seen in animal and human epidemiological studies on these substances. In humans, disturbed gut bacteria is found in people with irritable bowel syndrome (IBS), diarrhea, and malnutrition, as well as in a subset of autistic people. It may play a role in multisystem organ failure and colon cancer.

Update: A groundbreaking study published in May 2018 by Italian and U.S. scientists showed that exposures to commonly used Glyphosate-Based Herbicides, at doses considered safe, are capable of modifying the gut microbiota in early development, particularly before the onset of puberty in rats.

An in vitro study carried out to investigate the rise in botulism disease in cattle in the past 10–15 years found that glyphosate and Roundup were toxic to beneficial gut bacteria that inhibit the growth of the botulism-causing bacterium Clostridium botulinum, but non-toxic to the botulism-causing bacteria themselves. In short, glyphosate and Roundup favoured the growth of botulism-causing Clostridium botulinum bacteria. The authors concluded that ingestion of Roundup residues in cattle feed could predispose cattle to falling ill with botulism.1

In a separate in vitro study on strains of bacteria found in the gut of poultry, most of the pathogenic bacteria tested were highly resistant to Roundup, but most of the beneficial gut bacteria tested were found to be moderately to highly susceptible. The researchers documented the antibiotic damage done to beneficial bacteria in the gut by very low concentrations of Roundup, which allowed the overgrowth of serious pathogens such as Clostridium botulinum, Salmonella spp, and E. coli. These would otherwise be kept in check by the beneficial bacteria that were wiped out by the Roundup residues in feed.2

The authors concluded that the ingestion of Roundup-contaminated feed could be a significant factor predisposing poultry to diseases caused by Clostridium botulinum. It could also explain the now widespread contamination of poultry products with pathogenic Salmonella and E. coli strains of bacteria, which can make human consumers ill.2

It is possible that glyphosate and Roundup’s negative impacts on gut bacteria could contribute to other toxic effects seen in animal and human epidemiological studies on these substances. In humans, disturbed gut bacteria is found in people with irritable bowel syndrome (IBS), diarrhea, and malnutrition, as well as in a subset of autistic people. It may play a role in multisystem organ failure and colon cancer.3

A review (Samsel and Seneff, 2013) hypothesized that glyphosate’s known ability to disrupt gut bacteria and to suppress a family of enzymes that play an important role in detoxifying harmful chemicals could be contributing to a rise in modern human diseases worldwide. The authors concluded that glyphosate enhances the damaging effects of other foodborne chemical residues and environmental toxins.4

If this potential pathway to modern diseases is confirmed by further research, it highlights the industry’s failure to consider any mechanism of glyphosate toxicity other than the shikimate pathway, which plants have but humans and animals do not.5 In a second review, Samsel and Seneff pointed out that gut bacteria have this pathway and are susceptible to glyphosate toxicity, with the resulting disruptions in gut bacteria potentially impacting human and animal health. In addition, the authors noted glyphosate’s ability to chelate essential nutrient metals [Glyphosate chelates metals], making them unavailable to human and animal consumers. Thus glyphosate could potentially affect health by causing deficiencies of these nutrients.6