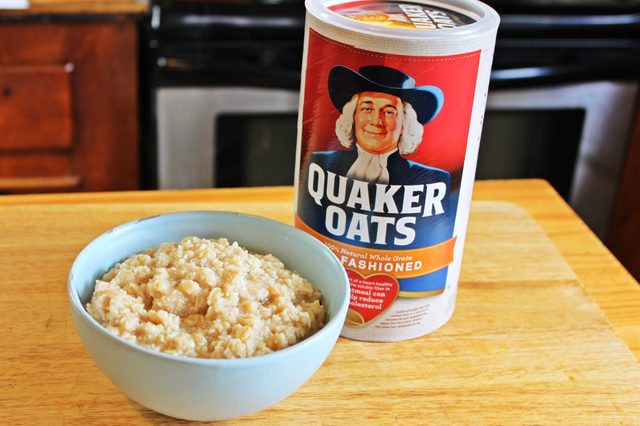 Oatmeal products from major food brand Quaker Oats were found to contain traces of a probable carcinogenic chemical called glyphosate, according to the results of an inspection by the Food and Drug Administration (FDA, 食藥署).

Standard Foods Corporation (佳格食品) said in a statement that the company’s oatmeal products produced in Taiwan have all passed FDA tests, and have no connection to the U.S.-imported Quaker Oats sold by other trade companies.

The firm stressed their products are all “made in Taiwan,” with main ingredients imported from Australia.

Ten out of 36 inspected products in the latest investigation contained glyphosate residue, prompting the FDA to recall nearly 62,000 kilograms of oatmeal.

Most of the tainted oatmeal was imported from the U.S. and was sold at various large retailers including RT-Mart (大潤發), Carrefour (家樂福) and Costco (好市多).

According to the FDA, Glyphosate is a widely used weed-killing herbicide — considered to be relatively safe among herbicides and permitted for use in Taiwan under the condition that residue does not exceed 0.1 ppm. The World Health Organization declared the substance as “probably carcinogenic to humans” in 2015.

The tainted oatmeal discovered contained glyphosate levels from 0.1 to 1.8 ppm.

Previously, only genetically modified soybeans were tested for glyphosate at customs, but the decision was made to also test oatmeal after reports indicated issues with those products overseas

Earlier this month, Quaker Oats was sued in the U.S. for its claims of being an all-natural product. The lawsuit claimed that independent testing found traces of glyphosate.