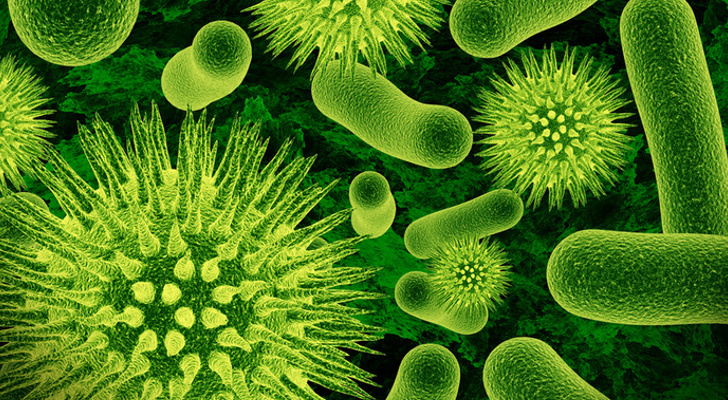 Exposure to both herbicides and antibiotics at the same time has been linked to antibiotic resistance.

Antibiotics and herbicides, as it turns out, don’t mix. At least that’s the conclusion of a study published today in mBio, the peer-reviewed journal of the American Society for Microbiology, which found that if someone is exposed to both herbicides and antibiotics at the same time, higher doses of antibiotics will likely be needed to kill the offending bacteria.

It’s the first study of the effect of herbicides on antibiotics, and its findings could have implications for antibiotics resistance. The growing risk of disease from antibiotic-resistant pathogens is a huge public health concern, one that was recently prioritized by both the World Health Organization and the US Centers for Disease Control.

According to Jack Heinemann, the study’s lead author, policy makers and researchers should look at multiple factors, not just over-use of antibiotics, in fighting antibiotics resistance. In addition, as more genetically modified crops are planted, use of herbicides is expected to increase.

“The countries that are growing GM crops at scale may wish to include these unanticipated effects on microbes in their evaluations,” Heinemann said.

The study comes a week after glyphosate, the active ingredient in several herbicides including Monsanto’s Roundup, was deemed “probably carcinogenic” by the World Health Organization.

The level of herbicide exposure tested in the mBio research was higher than what would generally be found as residue on food, but lower than application standards for commercially available herbicides. The level is compatible with the amount that people in rural areas can be exposed to from herbicide drift – the wind distributing chemicals sprayed in one field across many other plots of land – and what urban dwellers might be exposed to from using herbicides in their own or their neighbors’ gardens.

“The exposure pathways that we identified as possibly being the most relevant for future study generally arose from the use of the herbicide by others – for example, in the urban setting” Heinemann said. “Therefore, it may take communities talking to each other to find ways to reduce unintended exposures.”

More research, though, is needed, and agrichemical producer Monsanto is in agreement with Heinemann over what needs to be studied next: whether or not it’s the active ingredient of these herbicides that affects antibiotics.

“It is difficult to separate the effect of surfactants, which are known to have an impact on cultured microbes, from the active ingredients,” said Charla Lord, a spokesperson for Monsanto.

From Heinemann: “We are particularly interested in determining whether these effects are caused by the stated active ingredient of the herbicides (glyphosate, dicamba and 2,4-D) or by other compounds that make up the commercial formulation.”

“If the effect [of antibiotic resistance] is largely caused by exposure to the commercial formulation rather than the active ingredient alone, then that will be relevant information for further environment or human health studies,” Heinemann said.

His team also wants to explore exposure pathways to determine which may be most relevant to human health, pet health, and the health of farm animals and important pollinators (honey bees, for example).

In the meantime, the study revealed enough data for Heinemann to conclude that the current practice of testing herbicides in isolation (not in combination with other herbicides, antibiotics or other chemicals that are common in the environment) – which is how governments and companies currently evaluate herbicide risks – “may underestimate [their] role in the emergence of antibiotic resistance”.