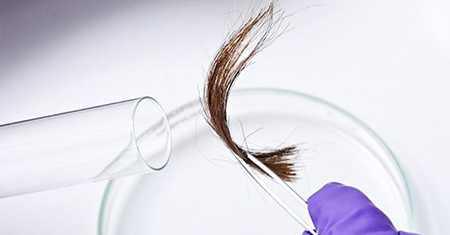 A new testing program organized by The Detox Project in coordination with Kudzu Science, has released the first ever results for glyphosate levels in human hair, in an extraordinary announcement on Wednesday.

The unique project, which began in July 2018, has already discovered the world’s most used herbicide, glyphosate, in a number of hair samples at over 66 parts per billion (ppb), which is a much higher level than the average urine level of 3 ppb reported by the University of California San Francisco in 2016. The main metabolite of glyphosate, AMPA, was also found in some of the hair samples at even higher levels than glyphosate itself.

From a small set of 10 initial samples collected from the public in the U.S., Europe and Australia, it was shown that:

The Detox Project Director, Henry Rowlands, stated Wednesday; “Even at this early stage of testing we believe it is vital to warn the public and regulators that glyphosate is being found in human hair.

“The levels found are surprising to everyone involved, as we have been working on urine testing with university and commercial laboratories over the past four years and we have never seen such results.”

One of the main questions now for the public, scientists, regulators and the pesticide industry, is how are such levels of the world’s most used herbicide first entering the blood stream and then ending up in our hair?

It is only recently that new developments in laboratory technology and science have enabled pesticides to be tested accurately in hair. Hair testing is now set to replace urine and blood as the preferred matrix for public pesticide testing for the following reasons:

Hair Testing also has some other advantages:

Some of the recent developments in hair testing for pesticides have been reviewed and published by the Luxembourg Institute of Health and French Ministry of Agriculture.

Another peer-reviewed paper, published during an ongoing study by the U.S. National Institutes of Health, concluded that ongoing exposure of children to environmental pesticides can now be sensitively detected by the analysis of children’s hair and house dust.

“This is just the start, we are developing a variety of hair tests for the public, which will be released over the coming months,” Dr. Peynet added.

Rowlands concluded that “The Detox Project aims to use this extraordinary new tool to change how the general public views glyphosate and other pesticides. We can only do this by showing people around the world how pesticides build up in their bodies over the long-term.”

To get your hair tested or to find out more about the project please click here.

You can also test your food and water for glyphosate using new affordable strip tests here.