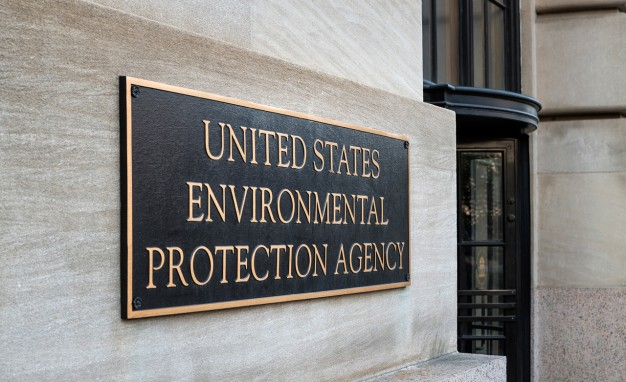 MegaFood®, an award-winning dietary supplement brand and pioneer of vitamins and supplements made with real, whole foods, together with the Environmental Working Group (EWG) and several additional food and nutrition brands, including Ben & Jerry’s and Stonyfield, has petitioned the Environmental Protection Agency (EPA) to ban the use of glyphosate as a desiccant before harvest. With this petition, alongside a supporting petition to invite all consumers to play a role, MegaFood underscores its commitment to improving lives as the first supplement brand to have its entire line certified Glyphosate Residue Free by The Detox Project, and aims to raise awareness of the potentially unsafe levels of glyphosate residue found in our foods today.

Glyphosate is the number one herbicide used in the world and has been classified by the World Health Organization as “probably carcinogenic in humans.” With the support of the EWG and several like-minded brands, MegaFood is on a mission to keep farmers from conducting “pre-harvest application” of the harmful pesticide on conventionally-grown crops to ultimately reduce dietary exposure amongst consumers. Using glyphosate as a desiccant allows food to be harvested quickly but in turn, increases the likelihood that consumers will be directly exposed to the pesticide through the foods they eat, even after processing. This year alone, glyphosate was targeted as the cause for significant health ailments in the Dewayne Johnson vs. Monsanto Company verdict, and concerning levels of glyphosate residue have been traced to household names in oat cereal, such as Cheerios and Lucky Charms.

“Consumers are becoming increasingly aware that glyphosate use on our farms can lead to significant threats to both their health and that of our environment. With these growing concerns about the incredibly harmful effects of exposure to glyphosate, the EPA has a duty to put an end to the pre-harvest use of glyphosate,” said Robert U. Craven, MegaFood CEO. “As citizens, we should feel protected by the rules and regulations set forth by the federal government, and the petition filing brings us one step closer to cleaning up the supply chain to support the longevity of our planet and the health of our people.”

Although the EPA does regulate pesticides, under the Food Quality Protection Act of 1996 the agency is required to make special considerations for protecting children’s health from pesticides, as well as limit the overall negative impacts of pesticides on human health and the environment, all of which are at risk with the current state of glyphosate use. However, as the petition points out, the amount of glyphosate the EPA considers safe for humans to consume each day has been increased 300-fold over the past 25 years. Over this period, scientists have linked glyphosate to cancer, while researchers around the world have called for stricter limits to glyphosate exposures.

“Glyphosate is a broad-spectrum antibiotic and mineral chelator, immobilizing nutrients and killing microbial life in the soil,” said Sara Newmark, MegaFood VP of Social Impact. “Filing this petition is just the first step toward protecting both the health of our families and our environment. We urge the EPA to do their part and recognize that consumers are concerned. Now is the time to end glyphosate use and we couldn’t be more honored to deliver this petition in partnership with the EWG and fellow partners.”

This petition requests that the EPA reduce the amount of glyphosate in oats and prohibit its use as a pre-harvest desiccant on the label of all glyphosate-containing products. This simple change would significantly reduce common dietary exposure to the pesticide.

Other signers on the petition are Ben & Jerry’s, Stonyfield Farm, MOM’s Organic Market, Nature’s Path, One Degree Organic Foods, National Co+op Grocers and Happy Family Organics. The campaign to pressure EPA to ban glyphosate was supported by a grant from MegaFood to EWG.

To learn more about MegaFood’s role and to sign its petition, visit https://www.megafood.com/who-we-are/ban-glyphosate.html. For more information on MegaFood, visit www.MegaFood.com.