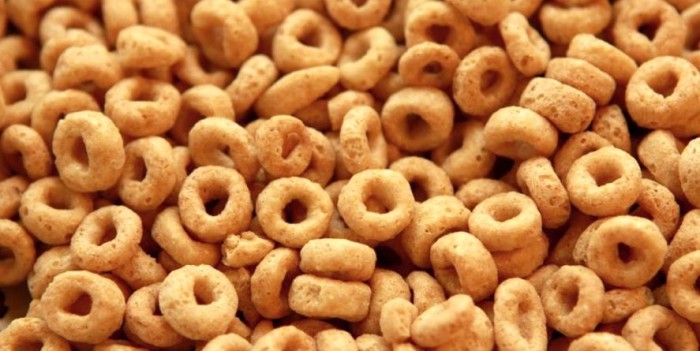 A toxic weedkiller linked to cancer was detected in every sample of oat-based cereals and snack products in a new round of laboratory tests commissioned by Environmental Working Group.

All but four of the 21 products contained levels of glyphosate, the main ingredient in Bayer-Monsanto’s Roundup, higher that what EWG scientists consider protective for children’s health with an adequate margin of safety.

The highest levels of the weedkiller were detected in General Mills’ Honey Nut Cheerios Medley Crunch at 833 parts per billion, or ppb, and Cheerios, with 729 ppb. EWG’s health benchmark for children is 160 ppb. A child would only need to eat a single 60 gram serving of food with a glyphosate level of 160 ppb to reach the maximum dose considered safe by EWG.

This is the third round of glyphosate tests by EWG, and it confirms the findings from the first two in August and October last year. Tests of 94 samples of oat-based foods found glyphosate in all but two samples, with 74 samples at levels of glyphosate above EWG’s health benchmark.

General Mills has so far refused the growing call from consumers that the company get glyphosate out of the foods it markets to children. More than 236,000 people have signed a petition to General Mills, Quaker and other companies calling on them to use oats that were not sprayed with the weedkiller.

“As these latest tests show, a box of Cheerios or other oat-based foods on store shelves today almost certainly comes with a dose of a cancer-causing weedkiller,” said Olga Naidenko, Ph.D., vice president for science investigations at EWG.

Naidenko asked: “Does General Mills really want to keep using a chemical that independent scientists say causes cancer, made by a company that three juries have found guilty of covering up its health hazards? Or will they listen to the growing chorus of concerned consumers calling on General Mills and other companies to remove glyphosate from the cereals kids love to eat?”

Each year, more than 250 million pounds of glyphosate are sprayed on crops in the U.S., mostly on “Roundup ready” corn and soybeans genetically engineered to withstand the herbicide. Increasingly, however, glyphosate is applied to non-GMO wheat, barley, oats and beans. The weedkiller kills the crop, drying it out so it can be harvested sooner.

In 2015, the World Health Organization’s International Agency for Research on Cancer classified glyphosate as “probably carcinogenic” to people. In 2017, the herbicide was also listed by the California Office of Environmental Health Hazard Assessment as a chemical known to the state to cause cancer.

More recently, three courts in California have ordered Bayer-Monsanto to pay more than $2 billion after each of the juries found glyphosate caused non-Hodgkin lymphoma in four people who used Roundup.